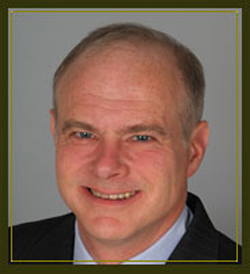 Arbitration law is replete with presumptions and other rules that favor one outcome or another depending on whether one thing or another is or is not clear and unmistakable. Put differently, outcomes often turn on the presence or absence of contractual ambiguity.

There are three presumptions that relate specifically to questions arbitrability, that is, whether or not an arbitrator or a court gets to decide a particular issue or dispute:

These presumptions usually turn solely on what the contract has to say about the arbitrability of a dispute, not on what the outcome an arbitrator or court would—or at least should—reach on the merits of the dispute.

Earlier this year the U.S. Supreme Court in Schein v. Archer & White Sales, Inc., 586 U.S. ___, slip op. at *1 (January 8, 2019) abrogated the “wholly groundless” exception. Schein, slip op. at *2, 5, & 8. “When,” explained the Court, “the parties’ contract delegates the arbitrability question to an arbitrator, the courts must respect the parties’ decision as embodied in the contract.” Schein, slip op. at 2, 8. The “wholly groundless” exception, said the Court, “is inconsistent with the statutory text and with precedent[,]” and “confuses the question of who decides arbitrability with the separate question of who prevails on arbitrability.” Schein,slip op. at 8.

These two cases suggest a trend toward what might (tongue-in-cheek) be called a “Clear and Unmistakable Outcome Exception” to the First OptionsReverse Presumption of Arbitrability. But the problem with that trend is that it runs directly counter to the Supreme Court’s decision in Schein, and thus contravenes the Federal Arbitration Act as interpreted by Schein.

In Part I of this post we discuss the Second Circuit and Fifth Circuit decisions. In Part II we analyze and discuss how— and perhaps why — those courts effectively made an end run around Schein.

We first wrote about the Second Circuit decision, Metropolitan Life Ins. Co. v. Bucsek, ___ F.3d ___, No. 17-881, slip op. (2d Cir. Mar. 22, 2019), in an April 3, 2019 post. In Met Life the Second Circuit was faced with an unusual situation where party A sought to arbitrate against party B, a former member of the Financial Industry Regulatory Authority (“FINRA”)’s predecessor, the National Association of Securities Dealers (“NASD”), a dispute arising out of events that occurred years after party B severed its ties with the NASD.

The district court rejected A’s arguments, ruling that: (a) this particular arbitrability question was for the Court to decide; and (b) the dispute was not arbitrable because it arose years after B left the NASD, and was based on events that occurred subsequent to B’s departure. The Second Circuit affirmed the district court’s judgment.

After the district court decision, but prior to the Second Circuit’s decision, the U.S. Supreme Court decided Schein, which—as we explained earlier—held that even so-called “wholly-groundless” arbitrability questions must be submitted to arbitration if the parties clearly and unmistakably delegate arbitrability questions to arbitration. Schein, slip op. at *2, 5, & 8.

The Second Circuit was faced a situation where a party sought to arbitrate a dispute which clearly was not arbitrable, but in circumstances under which prior precedent suggested that the parties clearly and unmistakably agreed to arbitrate arbitrability.

To give effect to the parties’ probable intent not to arbitrate before the NASD (or its successor, FINRA) arbitrability questions that arose after B left the NASD, the Second Circuit apparently believed it had no choice but to distinguish and qualify its prior precedent, and to attempt to do so without falling afoul of the Supreme Court’s recent pronouncement in Schein.

Effectively articulating a new interpretative rule necessitated by the unusual case before it, the Court said “what the arbitration agreement says about whether a category of dispute is arbitrable can have an important bearing on whether it was the intention of the agreement to confer authority over arbitrability on the arbitrators.” Slip op. at 13-14.

The contrapositive, the court explained, was also true (at least conditionally): “the clearer it is that the terms of an arbitration agreement reject arbitration of the dispute, the less likely it is that the parties intended to be bound to arbitrate the question of arbitrability, unless they included clear language so providing . . . .” Slip op. at 13. But, added the Court, “vague provisions as to whether the dispute is arbitrable are unlikely to provide the needed clear and unmistakable inference of intent to arbitrate arbitrability.” Slip op. at 13.

What the Court appears to be saying is that where the parties have not expressly, clearly and unmistakably expressed their intent to arbitrate arbitrability questions, the strength of the inference of clear and unmistakable intent to arbitrate arbitrability is inversely proportional to how clear it is that the terms of the agreement reject arbitration of the dispute.

Hew Zhan Tze, an International Institute for Conflict Resolution and Prevention (“CPR”) summer intern has published— under the very able tutelage of our friend Russ Bleemer, a New York attorney who is the editor of CPR’s Alternatives, an international ADR newsletter published by John Wiley & Sons, Inc.—a well-written and insightful article about 20/20 Comm.in the CPR Speaks blog. (A shout-out also to CPR’s Tania Zamorsky, who is the blog master of CPR Speaks.)

Mr. Zhan Tze’s excellent article discusses the case and quotes some commentary I provided by email to Russ about the case, as both Russ and I were quite intrigued by the decision. You can read that article in the CPR Speaks Blog here.

Zhan Tze’s article thoroughly discusses the background of the case, its reasoning, and holding. (See here.) The case involved consent to class arbitration.

1.      “If Employer and Employee disagree over issues concerning the formation or meaning of this Agreement, the arbitrator will hear and resolve these arbitrability issues.”

2.      “The arbitrator selected by the parties will administer the arbitration according to the National Rules for the Resolution of Employment Disputes (or successor rules) of the American Arbitration Association (‘AAA’) except where such rules are inconsistent with this Agreement, in which case the terms of this Agreement will govern.” (emphasis added)

3.      “Except as provided below, Employee and Employer, on behalf of their affiliates, successors, heirs, and assigns, both agree that all disputes and claims between them . . . shall be determined exclusively by final and binding arbitration.” (emphasis added)

But the parties’ contract also contained a broad class arbitration waiver, which provided:

Comparing the first three provisions “with the class arbitration bar at issue in this case, we conclude that none of them state with the requisite clear and unmistakable language that arbitrators, rather than courts, shall decide questions of class arbitrability.” Slip op. at 8.

Two of the provisions, said the Court, “include express exception clauses. . . , which “expressly negate any effect these provisions might have in the event they conflict with any other provision of the arbitration agreement—as they plainly do here in light of the class arbitration bar.” Slip op. at 9.

Even apart from “the exception clauses,” none of the three provisions “speak with any specificity to the particular matter of class arbitration.” Slip op. at 9. “[B]]y contrast[,]” said the Court, [t]he class arbitration bar. . . specifically prohibits arbitrators from arbitrating disputes as a class action, and permits the arbitration of individual claims only.” Slip op. at 9 (citations and quotations omitted).

Those three provisions “[a]ccordingly[]. . . do not clearly and unmistakably overcome the legal presumption—reinforced as it is here by the class arbitration bar—that courts, not arbitrators, must decide the issue of class arbitration.” Slip op. at 9.

In our next post we’ll analyze and discuss how Met Life and 20/20 Comm. effectively make an end run around Schein and what might have motivated those courts to rule as they did.

Philip J. Loree Jr. is a co-founder and partner at law firm, Loree and Loree. This post was originally published on the firm’s blog, Loree Reinsurance and Arbitration Forum, and has been republished with permission here.