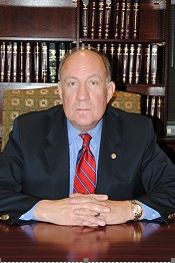 CPR is happy to present the latest installment of “The Neutral’s Notepad,” in which members of our esteemed panel of neutrals contribute their thoughts on developments and best practices in dispute resolution.

By Judge Steven I. Platt

Which dispute resolution technique should parties and their counsel use in the courthouse or conference room of the future? That was the question with which I concluded my last column. The short answer is the classic lawyer’s response – it depends!

The decision to utilize ADR and even the choice of which ADR technique to employ is often made by a business client who thinking he or she is saving money unknowingly at his or her peril includes a “form” dispute resolution clause in its commercial documents in an attempt to anticipate problems which might arise in the transaction and/or business or professional relationship. That “form” dispute resolution clause is often pulled from a book which should be titled “Dispute Resolution Clauses For Dummies” and prepared without the assistance of counsel. This usually means it is included in the contract without a full understanding of its ramifications. A poorly conceived and drafted dispute resolution clause in a contract can wreak havoc on the operations and finances of even the better run business organizations. This is true even when counsel is involved.

I have observed countless cases as a judge and now as a private mediator and arbitrator where the dispute resolution clause was drafted by a primarily transactional lawyer obviously without consulting the litigator perhaps in the same office who ultimately would have to work within the confines of the language in the clause if a dispute arose. This inevitably puts the client in an unnecessarily exposed position.

Business cases, labor disputes, buy-sell agreements, franchise agreements, and particularly employment disputes to name only a few types of cases arise in many contexts that have not been anticipated and for that reason are not governed by the dispute resolution clause inserted in a contract without much thought. These claims and the defenses to them each carry a unique potential for their own narrative which can develop into drama in the hands of capable litigators, parties, and witnesses in a forum that favors such a presentation. Therefore, it would behoove the prudent business or individual client and his or her careful and thoughtful transactional lawyer after consultation with the experienced litigator down the hall to think about the choice of dispute resolution mechanisms and providers before typing and pressing the print key on the desktop to insert the final version in their contract. That means it is wise to keep in mind how the client and any witnesses are likely to present before different types of audiences. Will they naturally make a good impression on a judge or jury. If not, then an arbitration perhaps preceded by a mediation probably is a better choice because it would be easier to guide clients and witnesses in these more intimate and less formal ADR settings than in a courtroom.

The consequences of not being careful or not being able to visualize how a particular dispute resolution protocol and provider would play out in the future have recently become much more apparent as what has been labeled the “Deflategate” case has played out on the national stage. As a result of allegations that New England Patriot Quarterback Tom Brady ordered/aided/abetted the deflating of one or more footballs in the Patriots playoff game with the Seattle Seahawks, the arbitration provision negotiated by the NFL Players Association with the NFL became operational. This resulted in a proceeding before Arbitration Commissioner Roger Goodell who arguably was arbitrary and capricious in the conduct of the arbitration hearing and the imposition of a 4-game suspension on Brady. That was the view of U.S. District Court Judge Richard M. Berman who nullified the suspension on the grounds that the conduct of the arbitration albeit arguably allowed under the arbitration provision of the collective bargaining agreement was unfair and therefore nullified it.

That ruling was reversed by a Three Judge Panel of the U.S. Court of Appeals for the 2nd Circuit who held that “The Commissioner properly exercised his broad discretion under the collective bargaining agreement and that his procedural rulings were properly grounded in that agreement and did not deprive Brady of fundamental fairness”.

This latest ruling by a divided Panel of the 2nd Circuit (2-1) basically sent the message subject to a successful appeal to the full 2nd Circuit and/or the U.S. Supreme Court that if you aren’t careful and agree to a private arbitral procedure and/or provider which results in an unfair proceeding and result you’re bound by what you agreed to. So Buyer Beware – you make an uncomfortable arbitral bed with a headboard/Arbitrator who is unfair – you lie in it!

This post is reprinted with permission from “A Pursuit of Justice,” a blog by Judge Steven I. Platt (Ret.) that focuses on the intersection of law, economics, politics and the development of public policy.  Judge Platt currently owns and operates his own private Alternative Dispute Resolution Company, The Platt Group, Inc. through which several retired judges and experienced practitioners offer mediation, arbitration and neutral case evaluation services to business, governmental agencies and their lawyers mostly in complex litigation and disputes.  Judge Platt’s experience and vocation make him an expert in conflict resolution particularly in complex disputes whether they are political, economic, legal, or as most often the case all of the above. Judge Platt can be reached at info@apursuitofjustice.com.