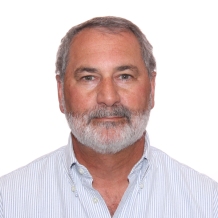 There are very few court decisions addressing the impact of an appellate review process administered by the arbitral institution that administered the underlying arbitration.  On February 14, Judge Paul Crotty of the U.S. District Court for the Southern District of New York issued an opinion in a case in which an American Arbitration Association (AAA) appellate arbitration panel had reversed the decision of the AAA original arbitrator, Hamilton v. Navient Solutions, LLC., No. 18 Civ. 5432 (PAC) (S.D.N.Y. February 14, 2019), available on TDM at https://www.transnational-dispute-management.com/legal-and-regulatory-detail.asp?key=21638 (subscription required).  Judge Crotty upheld the decision of the appellate arbitral panel, giving it the same deference as is customary for arbitration awards generally under the Federal Arbitration Act.

The underlying dispute involved a situation in which Ms. Hamilton, a student loan borrower, claimed that Navient, a collection company, had breached a U.S. Federal statute limiting collection calls relating to unpaid loans (the Telephone Consumer Protection Act (TCPA), 47 U.S.C. § 227).  After Ms. Hamilton had expressly sought to revoke her consent to such calls, Navient nevertheless made an additional 237 calls to her (yikes!) using autodialer technology.

Ms. Hamilton had apparently consented in her student loan documents to being called by a collection company.  After she defaulted on her loan payments, Navient then began using an autodialer to call her repeatedly as part of its collection efforts.  However, after being called a number of times, Ms. Hamilton contacted Navient and sought to revoke her consent to be called.  Navient [here, NSL] and Ms. Hamilton stipulated as follows.

In reliance on that stipulation, the sole arbitrator in the arbitration decided that Ms. Hamilton had properly revoked her consent for Navient to call, consistent with the TCPA.  The arbitrator therefore held Navient liable for damages on that basis.  However, after the hearing in the arbitration but before the arbitrator had issued the award, the U.S. Court of Appeals for the Second Circuit issued an opinion concluding that the TCPA did not permit unilateral revocation of a prior consent to be called.

On June 22, 2017, the U.S. Court of Appeals for the Second Circuit held in Reyes v. Lincoln Automotive Financial Services, 861 F.3d 51 (2d Cir. 2017), that the TCPA does not permit a party to unilaterally revoke consent that was made as part of a bargained-for exchange, rather than gratuitously.

Promptly after the Reyes decision was released, Navient emailed the arbitrator, asking that the record in the arbitration be reopened to consider the potentially dispositive effect of Reyes on Ms. Hamilton’s claim.  The arbitrator, though, denied Navient’s request and, the next day, issued the award in favor of Ms. Hamilton.

On June 27, 2017, the arbitrator denied Navient’s request to reopen the record because Navient had stipulated that it “no longer possessed Ms. Hamilton’s consent to place calls to her cellular telephone using an automatic telephone dialing system” and “[r]evocation of consent by [Hamilton] [wa]s . . . not an issue presented for decision in this arbitration.”

Navient appealed under the AAA Optional Appellate Procedure.  Considering the impact of Reyes on the stipulation, the 3-person appellate arbitration panel held that Ms. Hamilton’s consent was, by operation of the Reyes decision, not unilaterally revocable.  The appellate panel therefore overturned the part of the initial arbitrator’s award giving effect to that revocation of consent, and awarded in favor of Navient.

Ms. Hamilton then turned to the District Court seeking to vacate the appellate award, arguing that the appellate arbitration panel had exceeded its powers and manifestly disregarded the law by vacating the initial award in her favor and awarding instead in Navient’s favor.  Judge Crotty, however, applied the traditional test under Federal Arbitration jurisprudence, that “a district court’s role in reviewing an arbitral award is “narrowly limited,” and requires “great deference” to arbitrators’ determinations.”  He declined to vacate the appellate arbitration award.

Navient did not believe or agree that Hamilton was permitted to unilaterally revoke the consent she gave in her student loan agreement.  The arbitration panel did not exceed its powers or act improperly in applying Reyes.

The arbitration panel also did not manifestly disregard the law in this case.  To the contrary, rather than “willfully flout[ing] the governing law by refusing to apply it,” …, the arbitration panel applied a Second Circuit holding to conclude that the factual stipulation regarding withdrawal of consent had no legal impact.   The arbitration panel did not ignore a clear law, but rather obeyed one. ….   Moreover, even if the Court believed that Reyes was ambiguous (it does not), application of an ambiguous legal standard would still not constitute manifest disregard.

The District Court therefore confirmed the award as modified by the appellate arbitration panel.

The noteworthy aspect of Hamilton v. Navient for us is that the District Court made no distinction for purposes of judicial review between an initial arbitration award and an award as modified by an appellate arbitration panel.  The appellate panel had the last word under the AAA’s Optional Appellate Arbitration Rules, and the Court gave effect to that structure without a second thought.

Mark Kantor is a CPR Distinguished Neutral. Until he retired from Milbank, Tweed, Hadley & McCloy, Mark was a partner in the Corporate and Project Finance Groups of the Firm. He currently serves as an arbitrator and mediator. He teaches as an Adjunct Professor at the Georgetown University Law Center (Recipient, Fahy Award for Outstanding Adjunct Professor). Additionally, Mr. Kantor is Editor-in-Chief of the online journal Transnational Dispute Management.

This material was first published on OGEMID, the Oil Gas Energy Mining Infrastructure and Investment Disputes discussion group sponsored by the on-line journal Transnational Dispute Management (TDM, at https://www.transnational-dispute-management.com/), and is republished with consent.