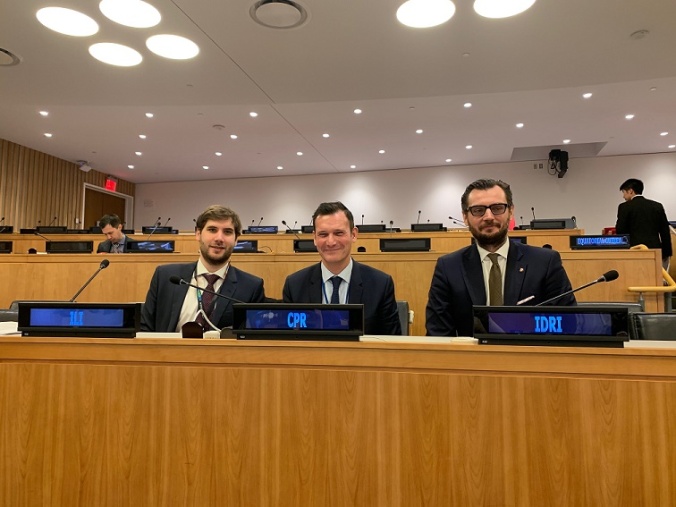 In the picture (from left to right): Franco Gevaerd, Olivier P. André, and Piotr S. Wójtowicz.

From Feb. 4-8, 2019, the United Nations Commission on International Trade Law Working Group II held its 69th session at the United Nations headquarters in New York. At this session, as set forth by the UNCITRAL during its 51st session, Working Group II commenced its deliberations on issues relating to expedited arbitration (see the Report of the UNCITRAL on the 51st session).

Given the CPR Institute’s international experience and expertise in international arbitration, the UNCITRAL Secretariat invited CPR to participate in the session as an observer delegation representing its views on expedited arbitration to facilitate Working Group II’s deliberations.

Established in 1966 by the U.N. General Assembly, UNCITRAL plays an important role in developing an improved legal framework for international trade and investment, and in harmonizing and modernizing the law of these fields. The substantive preparatory work involved in doing that is typically assigned to UNCITRAL’s working groups (see the U.N.’s “A Guide to UNCITRAL”).

The UNCITRAL Working Group II is composed of UNCITRAL’s 60 member States and has been developing work focused on arbitration, conciliation and mediation, and dispute settlement. The group’s most recent project is the Singapore Convention. A signing ceremony for the convention is scheduled for Aug. 7, 2019.  Now, as mentioned above, the group’s attention has turned to the topic of expedited arbitration.

Expedited arbitration aims to streamline the process to reduce its time and cost. This topic has long been discussed by the international arbitration community and explored by arbitration institutions, mostly due to concerns with the length, cost and undue formality in the process, especially in less complex cases.

At the beginning of the group’s deliberations, it was generally agreed that this session’s work should “focus on establishing an international framework on expedited arbitration, without prejudice to the form that such work might take.” After that, the work should then proceed to analyze aspects relating to emergency arbitrators, adjudication, early dismissal of claims, and preliminary determinations by arbitral tribunals.

During the session, Working Group II participants discussed in depth many issues related to key aspects of expedited arbitration, including how to foster efficiency while preserving quality, due process and fairness; enforcement of awards resulting from expedited arbitration; application of the expedited procedure, and management of the proceedings.

CPR’s contributed substantially to the discussion throughout the week. In the Working Group II session’s first day, Anna Hershenberg pointed out that since its foundation, CPR has focused on creating rules that aim at efficient dispute resolution and users’ autonomy. She noted that in order to foster efficiency, CPR has built into its domestic and international arbitration rules quick time frames. Consequently, CPR’s international and domestic arbitration cases historically take an average of slightly more than 11 months from commencement of the proceedings to the arbitral award. 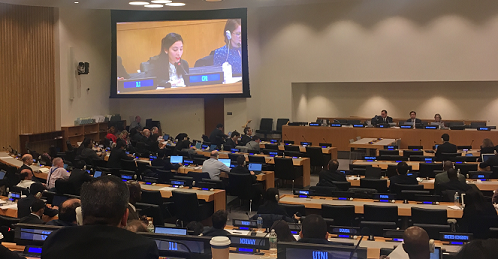 Anna M. Hershenberg making her remarks during the session.

Later in the week, addressing the Working Group’s request to arbitral institutions to provide input on their experiences handling expedited arbitration proceedings, Olivier André pointed out:

Olivier P. André making his remarks during the session.

Several questions, however, are still open to discussion for the next Working Group II session. For example, what will be the form of the group’s work? And will this international framework be applied to arbitration in general, or specific to international commercial arbitration?

The next session of the UNCITRAL Working Group II is preliminarily scheduled to take place from Sept. 30 to Oct. 4, 2019, at the United Nations in Vienna. CPR is looking forward to continuing to contribute to the efforts.